The Blue and White • October 6, 2020 • https://bhsblueandwhite.com/622/features/breaking-from-tradition-feminism-today/ 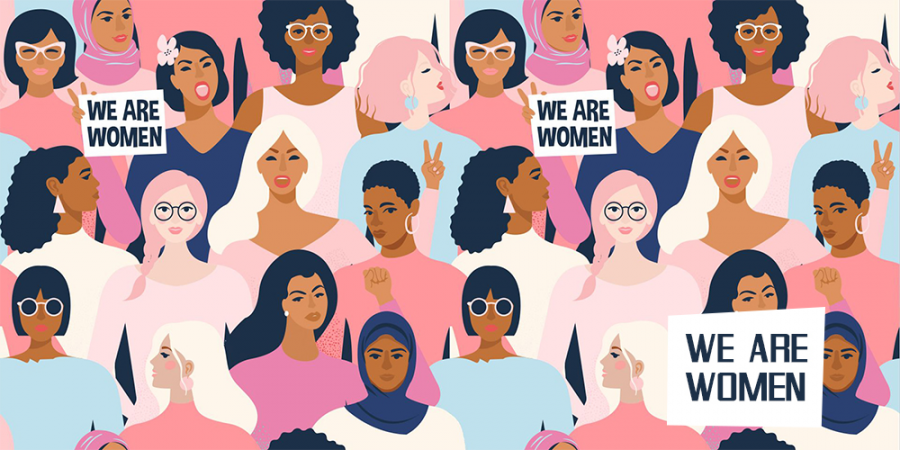 Recent Studies show that a new way of thinking is prominent to the styles of  living in the 21st century.  During the 1950’s a woman was able to attend school on the basis of learning home economics. There they were taught how to care for the home, children and how to be a good wife.  It was understood that women had to keep the house tidy and the kids clean when the husband came home from a long day of work.  If such duties were not accomplished women would receive backlash from men as well as from other females.

That is not the case in the 21st century! Thanks to the beliefs of existentialists, women now behave in a manner that allows them to be authentic and purposeful in their own lives.

Coming away from traditional roles, women now have the ability to choose how they want to live their lives.  In the past a woman had to adhere to what society thought was correct. They were not allowed to think freely regarding the purpose of their lives.  Stuck by society roles which were mainly determined by men and religion, women had to behave, dress, and think in a certain way. Today women get to go out in the world and have the opportunity to depend on their skills versus the roles that were handed down from generations before.

In particular, teenagers of this generation are more open to this view.  There is no tolerance for the way the prior generations thought women roles and duties were.  New thoughts in today’s world revolve around equality for all sexes and is determined by one’s choice of how to live life, rather than old or biblical views.  The responsibility for each individual to give meaning to their own life is now in the hands of the person regardless of sex,  making everyone unique and authentic.

Although there is much more to understand and to push, the beginning of a new way of thinking shines a light to a new generation filled with equality that is based on skills versus traditional roles.  Teenagers today have the opportunity to pass new regulations and laws that will help individuals be happy and accept who they are and how their lives should be.  Life is about change and thanks to the new generation, equality will be reached more than any other era has been able to do in the past years.