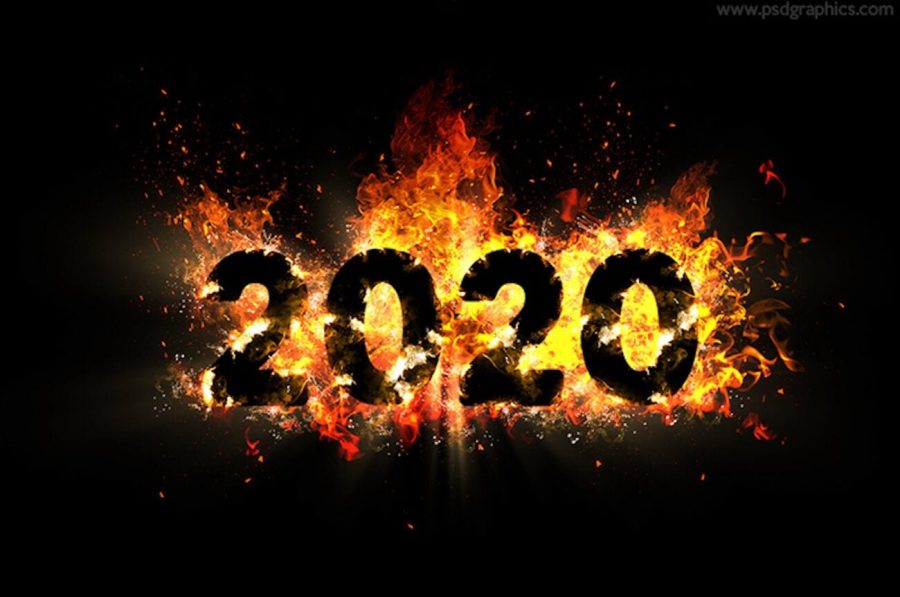 Before a new year happens everyone always hopes for the upcoming year to outshine the previous one, however that was far from the case for the year 2020. Instead of living in reality, it feels like everyone is in a dreadful movie that seems to get worse almost each month. From the unexpected pandemic, protests, suspicious deaths in military bases, the high rising in police brutality, frustrating politicians,etc. Eight months into this new year, which some events that have happened will forever change the way the world lives and thinks.

The Covid 19 pandemic has the most unexpected global sickness since the 1918 influenza widespread. This tribulation that everyone has to live too, has limited activities, shut downs schools, introduced virtual distance learning in public schools, no public military graduations and so much more. Everyone is required to wear face masks whenever going to public places, which a lot of people were against. Sports were cancelled in the very beginning  which outraged a lot of sports fans. However recently sports began to start back up without public audiences in the stands.

The BLM protests has become one of the biggest and most memorable of 2020, with riots and protests against the police. What rose the BLM movement was the death of George Floyd who died May 25th 2020 from injustice. These protests were almost all over the world, from England, Australia, etc. Eventually these protests became riots because police started to even get violent during this movement which caused violence and fires, looting, which led up to 1-2 billion in damage. These injustice deaths didn’t stop at Floyd, Breonna Taylor, Elijah Mcclain, so many more who deserve justice.

Vanessa Guillen is one of the stories that the U.S government tried to keep the truth tucked away. Vanessa was a 20 year old U.S American soldier who was killed on April 22, 2020, her dismembered remains were found buried by the Leon River on June 30. She vanished from Fort Hood, Texas, it is claimed she was sexually assaulted and harassed from military service members. Guillens is not the only soldier who has died in army bases, 2020 has so far led eight soldiers. Gregory Scott Morales was a Pvt. 2nd class who was discovered in a field in Texas on June 19th from Fort Hood. Vanessa’s family was and still fighting and passing awareness for sexual assault and harassment in the militarty.

2020 has even bought global problems like California wildfires, killer hornets, and locust plagues. The California wildfires have been a scary and harmful thing in California, over 17,400 firefighters have been on the frontline. Over 7,000 wildfires have occurred over 3.4 million acres since the 15th of August. The wildfires have been  so bad that the air quality has become harmful, the smoke is so thick and heavy that it gives california yellow,orange,red tint of coloring in the air. The locust invasion in eastern Kenya was almost something biblical, in February a swarm of locusts covered 2,400 sq km, and was recorded the largest in Kenya. Killer hornets that came from Asia, found their way into the U.S that spread to Washington State.

It’s October. What could be next?