The Blue and White • April 20, 2021 • https://bhsblueandwhite.com/877/focus/police-brutality-these-stories-need-to-stop/ 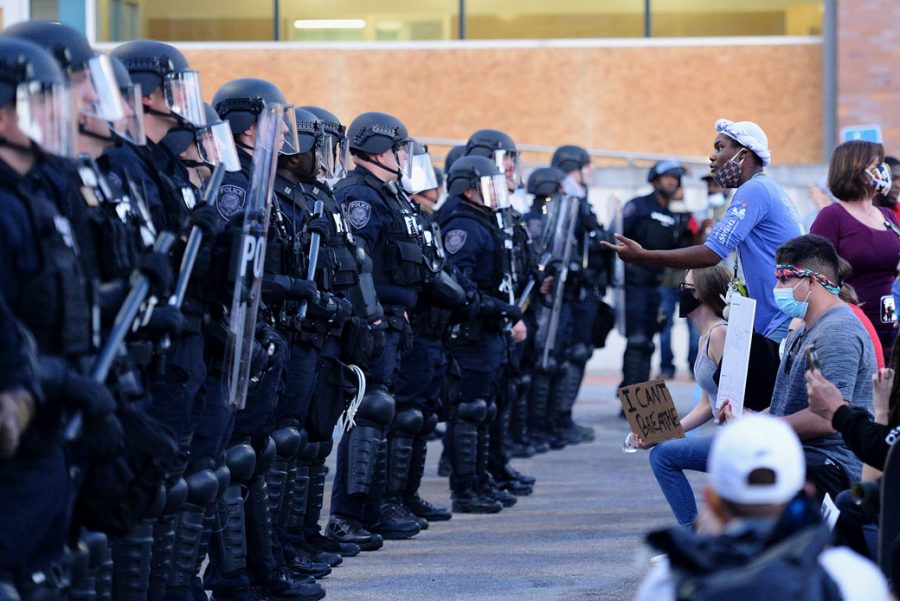 Police brutality has been a situation America has dealt with for years. More recently has found a barrage of racist or terribly handled situations by police. The year of 2020 has been the last straw for many people, Last year started the massive wave of support for BLM. BLM has been around for awhile. I remember seeing videos and protests in 2016 for BLM. 2020 has seen the rise of everyone supporting them and the movement going more mainstream.

It seems like police are intentionally trying to be as awful as they can be recently. During 2020 it felt like every month we were getting a new situation to aggravate protests. Now 2021 it feels like every week. Situations like George Floyd and Breonna Taylor were the biggest from last year. In the past 2 weeks we’ve had The black Military Lieutenant, Daunte Wright, and now Adam Toledo. 2 of those people are now dead shot by police in reckless training. I think that all of these are coming out so much now it’s time we take a good look at police training and see what we can do to stop these situations from happening.

These stories need to stop, we need to go through and reform police training. The fact there has been so many in less than one year is scary and these are what we see. The real question is how many times have police officers killed messed up or done awful stuff and it was completely covered up and no video is able to prove what they did was wrong. The police right now are suddenly making constant mistakes weather you thought a kid had a gun in his hand or somehow mistaken your fully loaded Glock 9mm for a taser or get caught on video yelling at an army officer two very contradicting commands then pepper spraying him and outright saying that he should be afraid of police. When these situations come up I often think, what ever happened to the mind set to “Protect and Serve” now it seems it has been changed to comply or die.