The Blue and White • April 25, 2021 • https://bhsblueandwhite.com/890/focus/redistrictings-effects-on-bakersfield-high-school-students/

Kern High School District is building a new school, Del Oro High School. To make room for the new school, KHSD is redrawing district boundaries, which means many families will find themselves in a new school district. 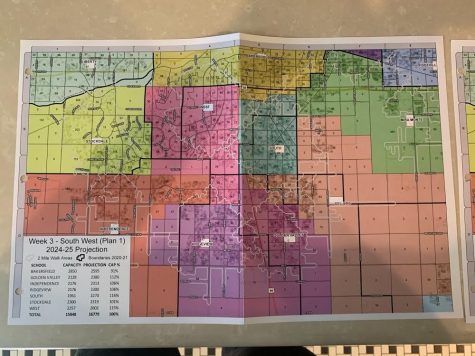 Between Wednesday and Thursday, every news outlet published stories about the redistricting, and families in the affected areas are sounding alarms on social media.

In an interview with Roger Sanchez, the Director of Research and Planning for Kern High School District, he says that “those maps are totally premature.” Sanchez is a part of the committee of people who are developing these plans. In this committee, “not every school is represented, but for the most part we have a good group of people.”

He is adamant that “those maps should never have been displayed…we gave them out as just initial plans.”

Roger Sanchez’s role as the director is to look at data and all possible scenarios for the committee to evaluate. This data includes information about how many students live in an area and what capacity limits they want to place on schools. The goal of the committee is to balance all of the schools number-wise. Sanchez says that if they can do that, they will be able to prevent building more schools having to build another school, and prevent future redistricting. having to redistrict again.

Sanchez and the committee have had three meetings over the past few months, discussing different ways to accommodate the new school district. Sanchez says that the committee has looked at six plans so far, but “by the time we are finished we will have 25-30 plans that have been reviewed for the entire city…at our last meeting we did make the preliminary change of moving those neighborhoods back to BHS.”

“We are still looking at some possible configurations that could send some of the neighborhoods to Liberty or Centennial or keep them at BHS. It depends on the committee and how best we can balance the school’s enrollment.” 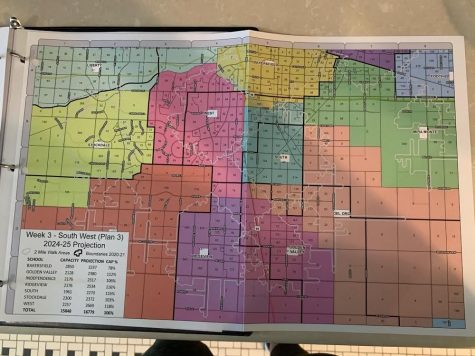 The KHSD Trustees, or the Board, will be the ones to make the final decision about where the district borders lie. “The Boars, although they are aware that a boundary process is going on, they have not seen any plans yet since we are so early in the process and therefore would not know what changes have taken place. Once the plans are finalized, the community will have a chance to review and respond to the plans and the Board will be given those points of view. The Board will take the public comments, review the maps and eventually pick one plan to be implemented.”

The leaked maps, according to Sanch

ez, contain information, numbers, that are inaccurate. These numbers represent the capacity, projection, and CAP% of the schools. The capacity is “the number of students the school was built to accommodate.” The projection: “these numbers are based on several factors (including development in the area, number of students who are projected to be at school school, Inter-district transfers.)” CAP% is “how far over by percentage is an individual school beyond their capacity number.” All of these numbers can be found in the legends of the maps.   Even though these numbers and these maps are preliminary, there is still reason for conversation

Regarding how people can get involved about where their district will end up, Sanchez says it’s premature to voice concerns at this point. Until the final plans come out, people “need to let the process work its way through the committee.” Sanchez expects the committee will “try to get something out to [the public] by June… so that we can get [the public’s] reaction. He expects a final decision could be made in August. He assures residents: “The public will have plenty of opportunities to voice their opinions” before the KHSD board votes on the new districts.

Sanchez says to “let the process work” before sending in your concerns. Let us at the Blue and White think about the redistricting, and how you feel it could affect you or your friends. 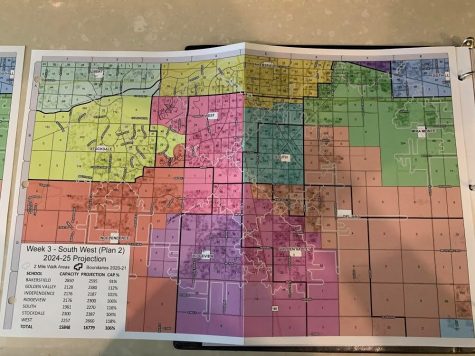