The Blue and White • June 3, 2021 • https://bhsblueandwhite.com/947/focus/a-chat-about-mental-health-awareness-month/ 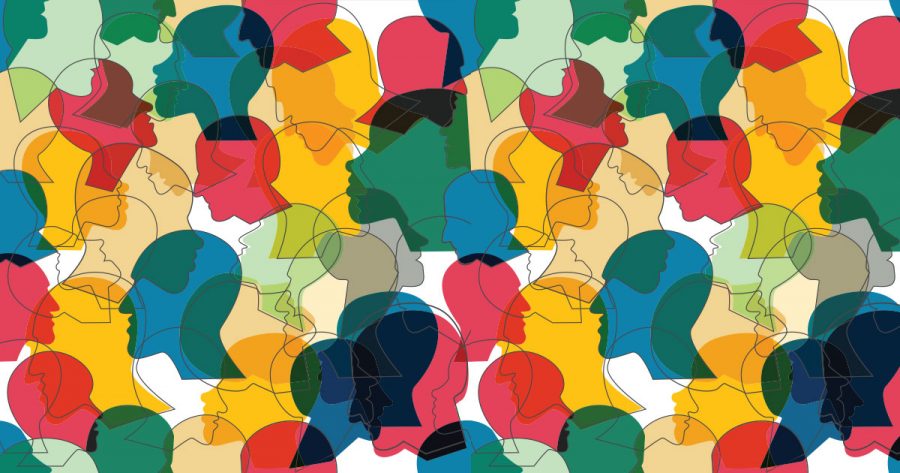 May is coming to a close which means the end of Mental Health Awareness Month so I hope we all did a bit of self-reflecting and loving rather than loathing. But again, I wouldn’t blame anyone for feeling that way because life sucks sometimes and quarantine definitely didn’t help with that isolating feeling that a lot of us were experiencing, including myself. So, I just wanted to spread some positivity and awareness for anyone going through a difficult time right now and remind you, you’re not alone. I will also be crediting my source discussing ADHD because I can’t speak personally on something I have never gone through and giving credit is always important!

Now this one, I do have experience with thus the no “source” credit and it all sort of began when I started junior high. I had done a lot of speeches in front of large groups of people when I was in elementary school because I had faith in myself which now sounds incredibly sad but it’s the truth. I never looked at people whispering to each other and somehow thought they were saying rude things about me like I do now. My mind was at ease and I had complete control of my actions and intentions but as junior high rolled around so did my anxiety. Change makes me nervous and moving to a different school with lots of new faces was no exception to that already established opinion I’ve had. Even while on Zoom, I can’t speak for long periods of time without my stomach turning or my hands shaking/sweating, it genuinely sucks because I’d love to voice my opinion more but the words just aren’t there when the time comes. I can’t order for myself at restaurants because talking to even the kindest waiter or waitress still makes me anxious. Maintaining eye contact also intimidates me and so does going to big birthday parties even if one of my closest friends is the one inviting me.  Some little activities I do to reduce my anxiety though are reading, coloring, and (attempting) sudoku and puzzles. I just want anyone reading this to know that it’s completely valid to feel this way and to not let the cliche feedback people get with anxiety like “a lot of people have it worse” and “life’s too short to worry” invalidate who you are as an individual.

There are different types of ADHD which include the inattentive type (who gets easily distracted), the hyperactive type (who’s impatient), and a combination of said types. They also say it’s important to talk to professionals in this specific field because not everyone experiences ADHD the same way like the inattentive type can share traits with the hyperactive type and vice versa. This account also says that inside the mind of someone with ADHD is similar to reading a newspaper and it is constantly getting taken away from you while you’re mid-reading. It takes a lot of determination to handle the “chaos” in their minds and can be exhausting at times. Indecisiveness seems to be a big theme with those experiencing ADHD and can occur with simple decisions as well as big ones like moving or starting a career. This account recommends some apps to help with feeling less overwhelmed like Sweepy which is an organized, task app that makes getting through your day easier and less stressful. Which actually reminds me of an app I used to have called Habitica which is an app to help one complete their tasks but allows the user to level up their character and compete with friends too!

I can’t discuss every mental disorder in this story unfortunately because it would be way too long but I do encourage everyone to check out the source I mentioned above, “The Depression Project ” on Instagram, mental health carrds, and any other positive sources discussing mental health! There’s nothing wrong with educating yourself and getting real, genuine tips and information! As a reminder, mental health is just as important as one’s physical health, it’s okay to not be okay after all. Hope your Mental Health Awareness Month went good but if it didn’t that’s completely alright too!